18 September marked International Equal Pay Day. This day recognises not only the pay gap between men and women working in equivalent roles, but also draws attention to the persistent gaps between how traditional “male” and “female” work is valued. Women and girls need equal access to work, wages and education – trade and business build opportunities for women to achieve this.

The World Economic Forum estimates that it will take 132 years to close the global gender gap at current rates of progress. Financial inequality is a significant factor in the global gap between men and women – worldwide, a woman earns just 77 cents for every one dollar ($) a man earns[1]. This gap means women typically have less financial power than men, which can contribute to other disparities such as differences in men and women’s ability to afford their own home.

Many businesses have made great strides in recent years to measure and address gender pay gaps within their organisations. This helps to ensure men and women are paid at the same rates for equal work. Equal Pay Day highlights the more challenging task of providing equal pay for work of equal value.

To address these issues and drive gender equality through equal pay, companies need to understand the differences between men and women in their operations and supply chains, especially regarding pay. Data disaggregated by gender (separated into male and female) on workers, wages, job roles, absenteeism and more, stored and analysed through sophisticated technology, enable companies to carry out this essential evaluation.

How do businesses use data effectively to achieve their sustainability goals? Join our webinar to find out

What is equal pay for work of equal value?

“Equal pay for work of equal value” means that people in different roles of equal value – for example, roles that require the same level of qualification – receive the same pay. However, inequality in the average wages between men and women persists in all countries and across all sectors, because women tend to be concentrated in different jobs to men and this work is regularly under-valued. This is partly due to longstanding social perceptions of male and female skills, and a difference in the worth placed on these.

For example, work such as care work or primary school teaching is typically dominated by women and reflects tasks that might be carried out at home. Even though the work itself may require equal skills and qualifications to roles dominated by men, it is commonly valued less and pays less.

Using the power of data to enable equal pay

Collecting and analysing data on the gender mix of a workforce is a crucial part of addressing this issue. The insights drawn enable companies to understand gaps between men and women in workplaces across their operations and supply chains, highlighting where gender biases might be at play.

Questions to discuss in your business

Asking these questions is the first step on the road to equal pay, even if you don’t have the answers.

Get in touch to learn more about how we can help your business drive gender equality. 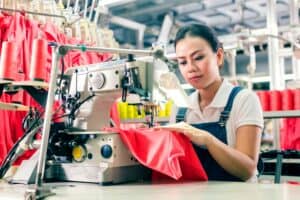 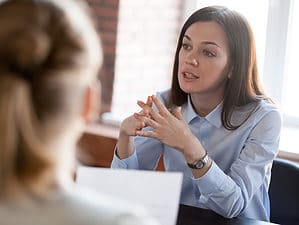 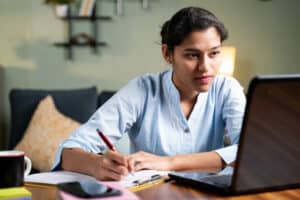